On December 30th, 2014 I launched MTElia’s Flying Blog, today we celebrate the first birthday of ReviewBeforeFlight!

The first thing I want to say is thank you to everyone who has taken the time to read any of our content over the past year. Another big thank you to everyone who has contributed to ReviewBeforeFlight over the past year! We’ve seen a little bit of everything this past year, writers have come and gone, many posts have been well received, some not so much… A great deal of our content has led to fantastic discussions. Whether these discussions happened here or on a social media site, it was a fantastic result to a variety of our posts and topics! Overall I’d say it was a good first year, but I believe the second will be even better! Our aim has always been, and will continue to be, to share thought-provoking content consistent with safety in aviation.

A few of the highlights we experienced during 2014:

– ReviewBeforeFlight was selected as our name after Steve Tome, a Bridgewater State University student in my Aviation Marketing Management class won the “Name my Website Challenge”, with an off-the-cuff suggestion before class one day!

– I personally left KING Aviation-Mansfield & the Mansfield, MA Airport (as CFI & assistant airport manager) to become the assistant airport manager at the New Bedford Regional Airport, though this didn’t slow down RBF in any way! Plus, I have continued to teach ground school courses at KING and a return to part-time flight instructing can’t be ruled out during 2015!

– During October, RBF sponsored the first NIFA Region VII Team Sportsmanship Award, which was presented to the Bridgewater State University Flight Team following their display of the best NIFA-culture during the 2014 Region VII SAFECON

– Just last week we unveiled our new logo! Which to say the least, I’m a huge fan of… A special thank you to Courtney Osier, for her help with making this new clean & simple look a reality for RBF!

Our monthly “Flying for Food” post has come from all across the skies of the Northeast United States! 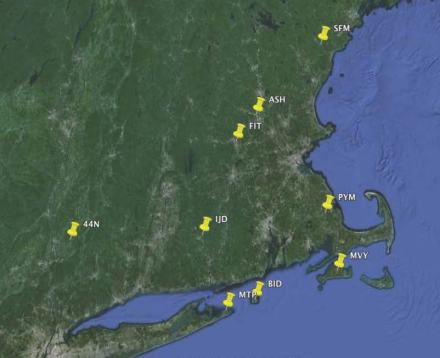 Our “Flying for Food” posts are for the common general aviation pilot, by the common general aviation pilot! Since starting monthly airport restaurant reviews we’ve visited airports & their (or close by) restaurants in Massachusetts, Rhode Island, Connecticut, New Hampshire, Maine & New York! During 2015 Mitch plans to visit & review many more “Flying for Food” destinations! In case you’re wondering, the December 2014 review will be posted shortly, with the holiday(s) we pushed back the publication date… 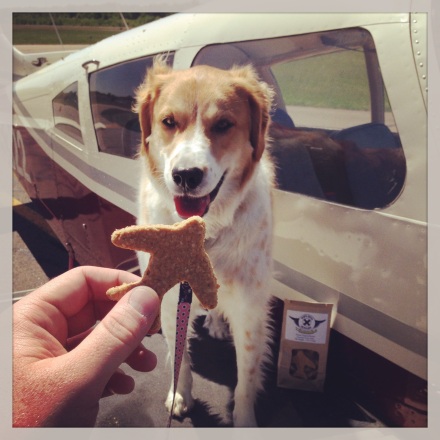 Bella during a photo shoot for a post back in June on the wide array of opportunities in general aviation!

What I’m the most proud of from our first year… 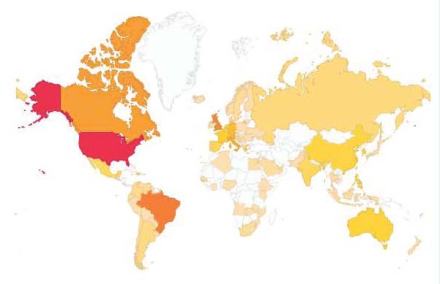 Since ReviewBeforeFlight (formerly MTElia’s Flying Blog) launched we have been viewed in 95 counties around the world on 6 continents! With about 16,000 views during our first year and a truly global reach, I’d say we have shared our pro-aviation content on a world-wide scale! This type of global reach is not something I ever expected or could have dreamed of… It’s great to see that there are general aviation enthusiasts everywhere and that the passion that links all of us is strong across the globe!

You may have noticed in out “News” section that shortly after the first of the new year, we will be introducing 3, yes 3, new writers here at ReviewBeforeFlight! We continue to strive to bring high-quality pro-aviation themed content. Whether it be opinion-based or the presentation of “facts for thought,” we always try to present a full picture of the content. I believe that adding these new writers will bring in three new, distinct voices that can present even more great, targeted content!

Thank you for reading & we hope you’ll continue to stop by into 2015!