Merry Christmas (& Happy Holidays) to all you ReviewBeforeFlight-ers out there! This one is just for fun…

This is a very special time of year where giving gifts means more than receiving them. My family has always had a tradition of baking and decorating Santa-face cookies to distribute to people close to us. The past couple of days my normal business attire at work has even included a Santa hat, it truly is a great time of year! 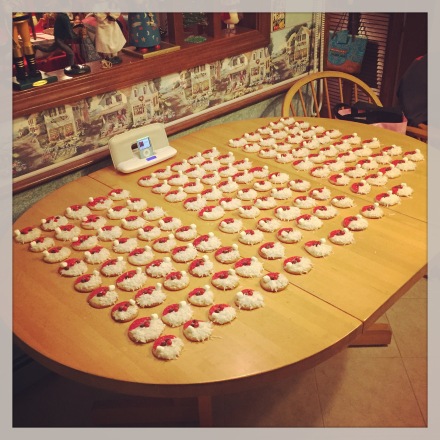 This post is really a mish-mash of things all Christmas themed!

First, you should really check out “NORAD Tracking Santa Regional Airport.” When I filmed the Aviation Adventures series finale this past Spring,  I wasn’t expecting to be on television any time soon. But, when the people at New Bedford Cable Network asked if we’d be interested in doing a Santa episode at EWB, I was all in! We filmed most of the episode alongside the Christmas tree in the terminal at New Bedford Regional Airport (EWB). We also captured some day- and night-time airfield footage at EWB. A special thanks goes out to my good friend Peter Ofner for taking the cameraman (Gus) up for some aerial footage of the City of New Bedford in his Piper Challenger!

The New Bedford cable access group did great work and truly brought our airport’s Santa story to life, check out the episode on the City of New Bedford’s YouTube channel: http://bit.ly/1zvt7yF 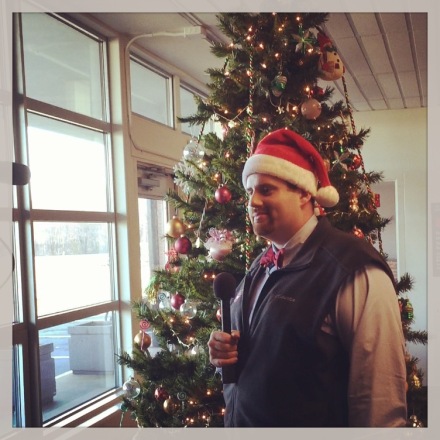 After the episode, I included the Santa hat as part of my daily work attire…

Second, Santa is definitely a pilot, I had the aviation radio in my office on “scan” mode and heard some jingle bells after “Santa One” was cleared for a practice approach! Since Santa lives at the North Pole, he can always get home, he simply flies North until he can’t anymore… But when it comes time to visit all the rooftops across the planet and our airports, he needs to practice his navigation. Just like we need to be “instrument current,” Santa needs to be “present current”!

Santa’s sleigh is a Technologically Advanced Aircraft (TAA), so he typically shoots the GPS approach into the North Pole:

But Santa has been flying for a long time, so he prides himself on his ability to shoot a great NDB approach too: 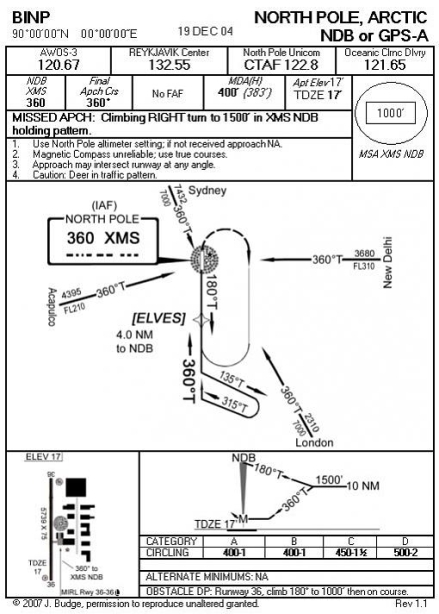 Unfortunately this will be the first year since 2008 that I won’t be making my annual Christmas Eve flight… With low clouds and bad visibilities, there won’t be any sight-seeing flying over my parent’s house, hopefully we’ll get some clear weather later this week/weekend! I hope that your “regular” or annual flights have been keeping you up in the air flying at least from time to time… Occasions/traditions like this keep pilots flying, to learn more check out my post on traditional flights from much earlier in the year!

Lastly, I’d be remiss if I didn’t direct everyone to the incredible things that WestJet Airlines, a low-cost Canadian air carrier has been doing the past couple of years… Christmas is about giving and it isn’t a competition, but WestJet has definitely won the past two Christmases with their incredible kindness and creative marketing approach to capturing their good deeds! Check out the 2013 & 2014 Christmas videos by WestJet. …Remember it wasn’t the camera or the television as gifts that got to their passengers’ emotional cores, it was the thought and the way they did it, that’s what was so incredible! I think you’ll find that what WestJet has done in 2013 & again this year has truly affected others in a positive way!

Editor’s Note: Don’t forget to leave carrots, milk & cookies out for Santa and the reindeer!