Earlier this week the FAA utilized a NOTICE to remove the requirement for a complex aircraft to be utilized during flight tests of initial commercial pilots and flight instructors. This change is the result of a cause championed by industry, which has been pursuing removing the complex requirements for some time due to the aging fleet. All the while, the general aviation fleet, especially the complex aircraft fleet continues to age. This rule has a variety of additional impacts beyond simplifying the practical exams for applicants…

Complex aircraft are aging and much of the complex aircraft fleet such as Mooneys and Bonanzas aren’t as readily available for training, as are Pipers similar to the one pictured here.

The FAA highlighted within the notice that this change is not anticipated to cause a change to the level of flight safety presently found in general aviation. The notice includes the following language, “…the FAA finds that no longer requiring an applicant to provide a complex airplane for the initial commercial pilot with an airplane single-engine rating practical test or a flight instructor with an airplane single-engine rating practical test will not result in a decreased level of safety.”

This change makes sense as there is still a requirement for commercial pilot applicants to accumulate 10 hours of documented flight training in a complex aircraft (CFR 61.129). This has always been the standard for a commercial pilot, however it was often exceeded as applicants completed much of their training in these aircraft as they prepared for their upcoming flight test. Thus, if 10 hours remains the standard, the FAA’s believes that the level of safety will not change. This seemingly makes sense, the only difference will be that pilots who choose to complete the flight test in a non-complex aircraft will likely have only the 10 hours of complex time, enough to satisfy the requirement. Based on my experience, many applicants have ended up exceeding the 10 hour requirement through use of complex aircraft in preparation for their commercial pilot practical tests as well as adding on to their complex aircraft flight experience in preparation for their flight instructor practical tests. 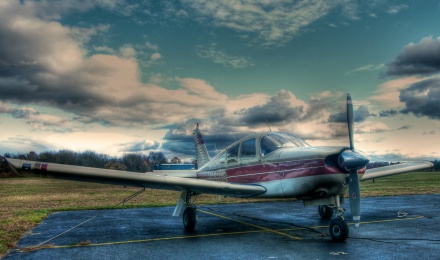 This change of policy will go a long way to making advanced flight training more affordable. I think back to my flight training and the training I have provided for a variety of aspiring flight instructors. All of my commercial pilot flight training was completed in a Piper Arrow, the same with the vast majority of my flight instructor training. I wanted to do the majority of my training in the aircraft that I would ultimately utilize for my flight test. My thinking was that this would prepare me for the checkride the best. Of course, I was in a unique position where the Piper Arrow that I was renting, due to age and being VFR-only, was actually less expensive per hour than the new, advanced Cessna 172s available for rent. Thus, the affordable path for me was to utilize the Piper Arrow as much as possible. Recognizing this was a truly unique situation, which is unlikely to be found elsewhere now a decade later, this new policy change will allow new commercial pilot and flight instructor applicants to take a less costly road to certification.

As fate would have it, flying the aircraft that would be used for the practical exam worked wonders for me and for the pilots I provided advanced training to. Now, thanks to this new rule from the FAA, pilots can complete their ten (10) hours of complex flight training during their commercial pilot training and then complete the balance of their training in a less expensive aircraft, which they can then use for their flight test. This goes beyond the three (3) hours of test prep, to the entirety of the course. In my opinion a good flight instructor training curriculum will always include flying a variety of aircraft, but again the majority can be in an aircraft with a lower price point per hour.

In preparation of writing this piece I took a look at a couple of flight schools and their online aircraft fleet listings. I found that the majority of the flight schools have a $30 or more difference between the complex training aircraft and the next less expensive aircraft, often this is the difference between a Piper Arrow and Cessna 172. But to go a step further, thanks to this new rule, applicants could complete their flight test for commercial pilot or flight instructor in a Piper Warrior or a Cessna 152. Both of which have very low rental rates and represent a drastic discount as compared to even the most efficient and inexpensive complex flight training aircraft.

The FAA marked the notice of policy change as set to expire during April 2019, however the notice also includes a commitment from the FAA to incorporate the change, dropping the complex aircraft for the flight test requirement from the Commercial Pilot Airmen Certification Standard and Flight Instructor Practical Test Standards before the notice expires, so stay tuned for updated FAA documents coming soon. You can read the full FAA notice HERE.