After 2.5 weeks away, I was ready to go home. Even though I had planned to stay for another week, it was time and all I needed was a reason to leave a few days early. I got my reason thanks to a planned presidential visit to LA. With the President arriving late morning on Friday, June 7th, I decided to leave around 9 a.m., well before the planned 11 a.m. TFR time. While John Wayne was not in the TFR area, it only missed it by a couple of miles and I figured it was good to get out early because if something changed, I could be in California for another week.

The night before my departure, I called the Atlantic FBO and told them of my departure plans. When I arrived around 8 a.m. the next day, Pippa was towed out and waiting for me, fully fueled. They even arranged for my rental car to be picked up at the FBO, so all I needed to do was settle my (not so small, but not as large as I expected) bill, get my refilled oxygen tank, pre-flight and be on my way. Everything went smoothly and I was released for my first leg to Chandler, Arizona at 9:11am pacific time. 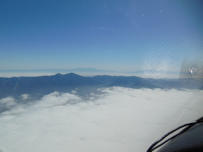 The marine layer was active at John Wayne, so just as with the trip to Catalina, once off, I entered the clouds at about 600 feet as was on top by 1200. About 3 hours later I found myself at Chandler, filling up at self-service pumps in blistering 42 degree Celsius (that’s 107 degrees Fahrenheit)! I must have drunk 2 bottles of water just filling the tanks and was glad I wore a hat, for some shade.

After the fill-up, it was off to the restaurant for a quick bite to eat. There I had a conversation with another pilot and asked how they flew in such awful temperatures. The answer was simple, leave early as in around 5 a.m. and return no later than 9. Even though I love flying, I’m not sure I would enjoy that flight regime. 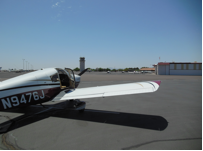 Chandler, KCHD, is at 1,243 feet above sea level. But with the midday heat the density altitude was only a little above 4,000 feet. Given my other density level take offs, I expected this one to be easy and it was. It was also the first leg I planned to do totally visual. And so a little after 1 p.m., I departed for my next and final stop for the day, Las Cruces, New Mexico. A little way out, I contacted Phoenix approach and asked for and received flight following. 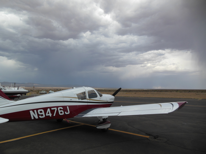 The VFR flight to Las Cruces also was moving along uneventfully, until ATC informed me of some heavy rain 15 minutes ahead. With all my actual time, a little rain didn’t concern me so I requested a clearance to KLRU, with a stand-by response. After a couple of minutes, the controller came back and recommended against a clearance, explaining that heavies were going missed at KLRU and diverting around the “heavy rain.” Asking for my intentions, I spotted an airport about 5 miles to the left of my path, confirmed on my iPad there were services and a hotel and informed ATC that I would be landing at Lordsburg Muni, KLSB.

The controller gave me a verbal at-a-boy on my decision and I landed at Lordsburg about 5 minutes later. Once on the ground, I noticed the wind was really picking up and it was all I could do to get Pippa wrapped up for the night, but given the rain and Pippa’s propensity to leak I worked at it until it was all bundled up. Off to the north of the airport I noticed what appeared to be a tight column of clouds rising up to the cloud base. While I didn’t confirm it, I think it could have been a tornado. So I, too, was glad with my choice to land. 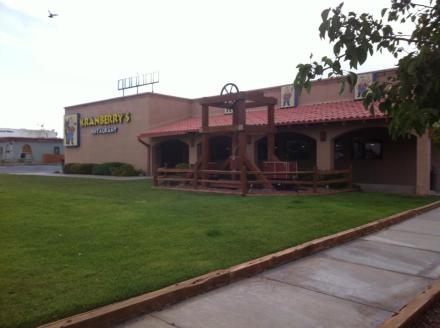 While the KLSB FBO was closed tight, a sign on the door gave a number of motel numbers. The first I called had an opening and even would come out to pick me up. After check in I had a stroll into town looking for a restaurant. Passing McDonald’s, I found a local restaurant, Kranberry’s and decided to eat there. Good food and good service so I was happy with my choice. It was then off to bed for another early departure.

Since I hadn’t made it all the way to Las Cruces, I knew the next day would be a long one. My goal was to make it to St Louis, so I planned to fly from Chandler to West Woodward, OK for my first leg then on to St Louis for my second. 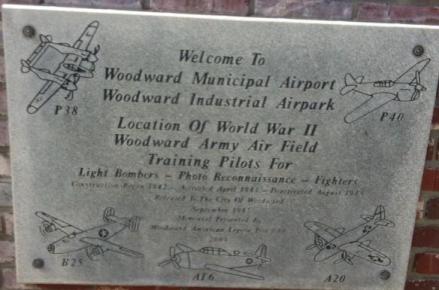 I left Chandler at 8:30 and flew VFR to KWWR. This leg, although one of my longest at 4.5 hour was totally uneventful. At KWWR there were 28 knot winds, but right down the runway so my landing was actually very good. Once fueled, I borrowed the crew car, went into town and had a burger. Then it was off to St Louis, KSUS, VFR. The trip to KSUS was also easy but at least there was getting to be interesting scenery. The previous 4.5 hours were all desert and now there was green.

Getting flight following I landed at Spirit of St Louis KSUS at 5:08, only to find no local hotels available. Finally after a lot of calling, a room was found about 20 minutes from the airport. The FBO even arranged for me to share a ride with a corporate jet crew to the hotel, since it was on their way. The hotel was very nice and had a free buffet dinner included with the room and 3 complimentary glasses of wine. All in all it was a very good night and the best part was I’d be home the next night. 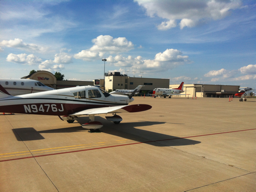 Before going to bed, I arranged for a cab ride back to KSUS with a 6:30am pickup and planned and filed my IFR flight, first stop Youghstown Elser Metro, 4G4 in Ohio. Even though I missed the breakfast buffet, the coffee was ready and the cab waiting for me when I got downstairs to check out at 6:20. I took this as a very good omen.

Pippa was in the same spot I left her on the ramp, topped off and ready to leave. So after a quick pre-flight, I started her up and was on my way to Ohio. 3.5 hours later I was doing a straight in approach to Runway 10, another uphill runway border by trees on all sides. Other than gas, there were no facilities at KWWR, so after a personal preflight, it was into the air for my final leg to home.

Due to IMC conditions, I opened the flight plan once airborne and when cleared entered the clouds for my last leg home, arriving in Mansfield about 3.5 hours later. Sharon was waiting for me at King and I was happy to be home. 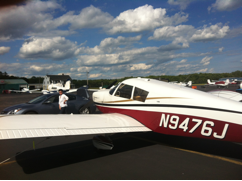