We’re half way through 2014 and I think it’s a good time to check in and see how we’ve been doing… Early in the year I wrote about setting up annual flights. Flying to celebrate birthdays, checkride anniversaries or any other various significant occurrences throughout the year. The idea is to have these dates set well in advance, with an aim to keep us flying throughout the year.

Without specific reasons to go flying, it can be easy to put off a flight in favor of some other activity… Having plans well in advance requires us to be ready for these flights, including ensuring we are current to make the proposed flights. This should serve as motivation for us to keep flying regularly.

Previously as an active flight instructor, flying throughout the year was never a concern for me personally. However, now that I’m no long flying for work, I can see first hand how important it is to make plans to continue to fly. This past month I completed my own flight review with another flight instructor. Flight reviews every other year are designed to keep us flying too, tough only completing a flight review every 24 calendar months really shouldn’t be called “regular flying”… But, participating in the FAA Wings program can keep a flying much more regularly and generally in a safer manner. 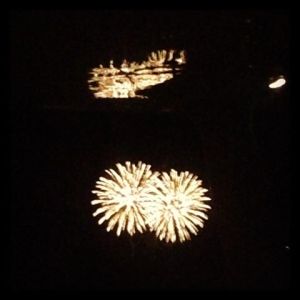 One of the annual flights that I mentioned previously is my 4th of July fireworks viewing ride. Each year, when it isn’t thunder storming or raining, I make a flight out to Plymouth Harbor or down to Lewis Bay on Cape Cod to circle the fireworks. Not only do I make this flight, but I typically do some night takeoffs and landings a few days prior to ensure I am night current so that I can bring a passenger(s) along for the ride. Unfortunately this year due to clouds, rain and Hurricane Arthur there won’t be any aerial viewing of fireworks for me, but that’s okay, there is always next year!

Regular or annual flights isn’t the only way to keep flying, challenging ourselves is another great way to keep active. All too often pilots become creatures of habit and become comfortable with a regular routine. This might mean only flying on days that offer calm, clear and a million (visibility) as the predominate weather conditions. Or, it could mean only flying to a couple of destinations that a pilot is extremely familiar with…

Falling into a regular pattern of flights to a select few destinations might be easy but it certainly is not as fun as it could be. I would recommend that each pilot challenge himself or herself. For example, try flying to an unfamiliar airport. The required preparation of materials on the ground before flight will serve as a great refresher. Use of the sectional chart, airport/facilities directory (AFD) and having to review what might be encountered along the way, maybe some special use airspace, is a great way to keep our aeronautical knowledge-base current!

The destination could be selected for a specific reason, such as a museum at the airport or a great airfield restaurant or it could just be a place that you’ve never been to before, but you want to explore. Either way, the challenge and practice is good for any pilot. Leaving our comfort zones is how we improve our skills and abilities. If you think the challenge of a new route, destination and new considerations for the flight are too much; you can always reach out to a local flight school and grab a flight instructor. I’m sure they’d be happy to make some money and help you expand your comfort zone. Who knows, maybe all of these years you’ve been missing out on one of the best lobster roll sandwiches just because you didn’t want to leave your comfort zone of flying and go an extra 75 miles to a beautiful “ocean-side” airport like Bar Harbor, Maine…

Last year, I wanted to challenge myself more in the way of visiting some new airports. Having flown in New England for years it was difficult to find an airport I hadn’t visited, but western Massachusetts offered Pittsfield Municipal and North Adams Airport. A life-long resident of Massachusetts, my experience with the far western portion of the state was limited to driving through on the mass Pike (Route 90) during a few trips to the Albany, NY area. Thus, I was eager to visit the two airfields and see what the far end of the state was like. 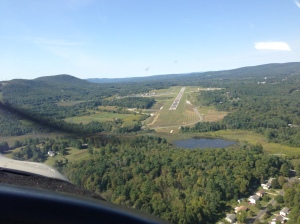 Turning from right base onto final at KPSF. Note the hills to the left that prevent ‘left traffic’…

My good friend Peter and I planned the flight, we would leave Mansfield (1B9) and fly to Pittsfield (PSF). After visiting the FBO and facilities we would launch and begin a steady climb to circle the top of Mt. Greylock, the highest point in Massachusetts. The mountain sat between Pittsfield and North Adams, but much closer to the latter. 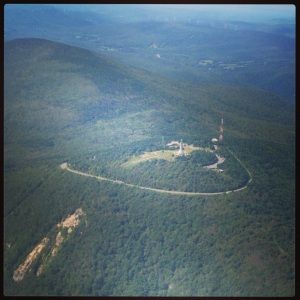 The summit monument at the peak of Mt. Greylock, the highest point in Massachusetts!

After circling the monument at the summit of Mt. Greylock we began a steep descent into North Adams, which is less than 4 nautical miles from the summit, but roughly 3000’ below the summit… At North Adams we took a cab into town and enjoyed a great meal before returning to the airport to watch a couple of glider launches before we climbed back aboard the Cherokee for the flight home. Even though there wasn’t much to the North Adams Airport (also know as Harriman-and-West Airport), it represented someplace so close, yet so far away. It was an airport in my home state that I had never had a reason to visit before that day. I didn’t really have a reason that day other than the challenge of something new, which turned out to be a great motivation!

It was a day-long activity, but it was much more than that. It was an adventure to see something we had not seen and visit places we had not visited before. It was a challenge and after we got back and pushed the airplane back into the hangar it was one we were happy we accepted and conquered. My challenge for you, readers of ReviewBeforeFlight is to challenge yourself and try something new, expand your flying comfort zone. Of course, do so within the limits of the regulations and your aircraft manufacturer’s limitations and preferably, with a CFI if necessary…

A panorama shot of the Cherokee on the ramp at KAQW (North Adams, MA).