Took a tour of the Progressive Aerodyne factory to see many Searey aircraft under construction! (2/6) 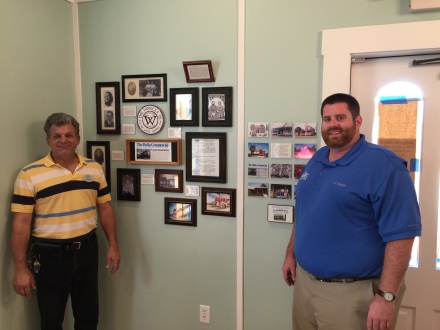 Thanks to Tavares City Councilman Bob Griener for bringing the history of the Woodlea House front and center in the “re-imagined” Prop Shop retail store at the Tavares Seaplane Base – FA1. (2/8)

I wasn’t flying, but how many people get to walk on the runway at the Space Shuttle Landing Facility at the Kennedy Space Center? (3/2)

Special marker on the runway for the final Space Shuttle landing wheel stop. (3/2)

Found my copilot for life! Emily said yes on 3/3/17, this picture was from the next morning at the seaplane base. (3/4) 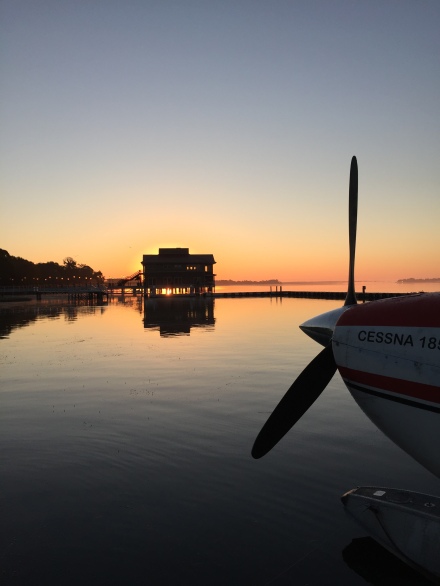 During our vacation up to Massachusetts I finally got a chance to take Emily up for a flight! (5/11) 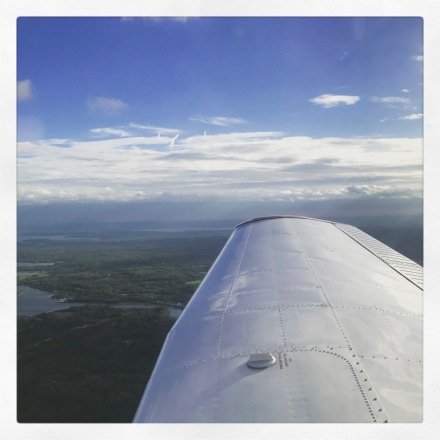 Sometimes, even in the middle of administering a flight review, you have to capture the amazing “wing view!” It’s always good to see how the pilot handles the distraction too… (5/15) 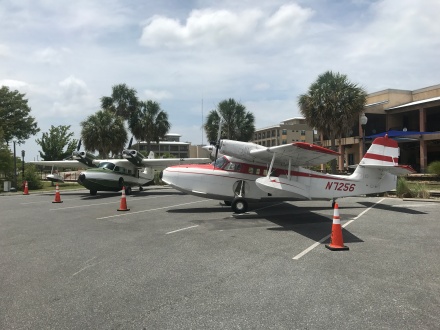 Spotted at Naples Municipal Airport (APF), an Aluras, formerly known as a Zenith CH-2000, the type of aircraft I did my first few flight hours in before switching to Cessna aircraft. (5/26)

Visited the rocket garden at the Kennedy Space Center! (6/10)

Climbed inside the mockup of a Mercury capsule… It was a tight fit! (6/10)

Annual 4th of July picture at the seaplane base! (7/4) 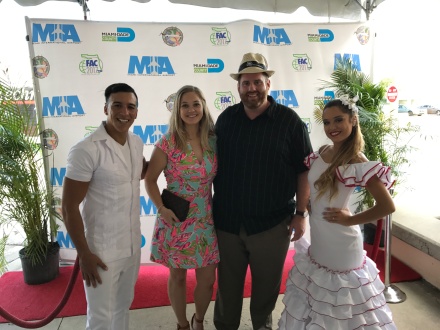 Emily and me enjoying the evening event at the 2017 Florida Airports Council annual conference in Miami, FL. (7/24) 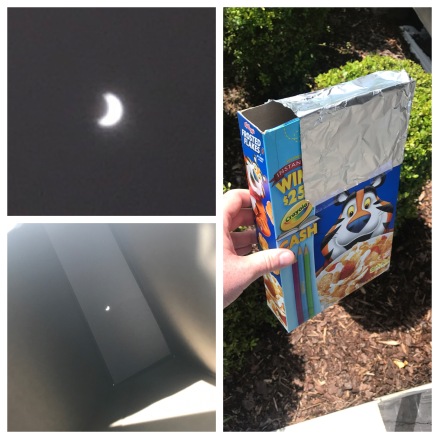 A beautiful memorial at the Robins Air Force Base museum. (9/4) 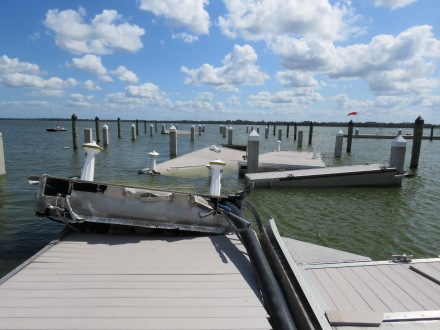 Hurricane Irma completely destroyed the dock facilities at the Tavares Seaplane Base (FA1). (9/12)

During salvage efforts of the Hurricane Irma damage, the dock section with the seaplane base symbol was pulled from the lake bottom… (9/25) 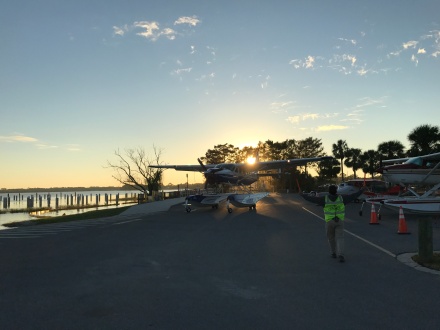 Sunset over the ramp at the Tavares Seaplane Base – FA1 with a beautiful Cessna Caravan preparing to head down the ramp for departure! (11/16) 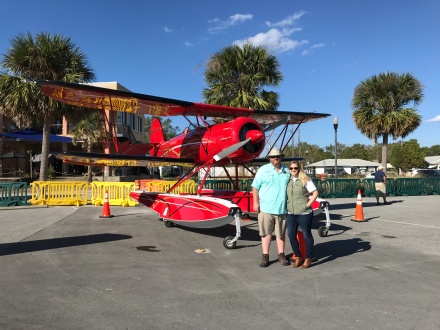 It was my distinct honor to be able to serve as the Christmas parade emcee for America’s Seaplane City – Tavares, FL! (12/2)